Written by Alain Lagacé Late August marks the end of the short arctic summer, and it's a great time to watch polar bears gathering to fish for migrating arctic char at the mouths of northern Labrador rivers. During this period of char migration, the rivers flowing into the Labrador Sea are filled with thousands of … Continued

Sightseeing the Arctic summer with a Fatbike

Written by Alain Lagacé How would you like to discover the Arctic summer with a all terrain bike “Fatbike” and see the awe-inspiring landscapes of the Torngat Mountains with snow-capped peaks and herds of caribou? The arctic summer in the far north is brief and breathtakingly beautiful to discover.This is where Canada’s highest mountain range … Continued 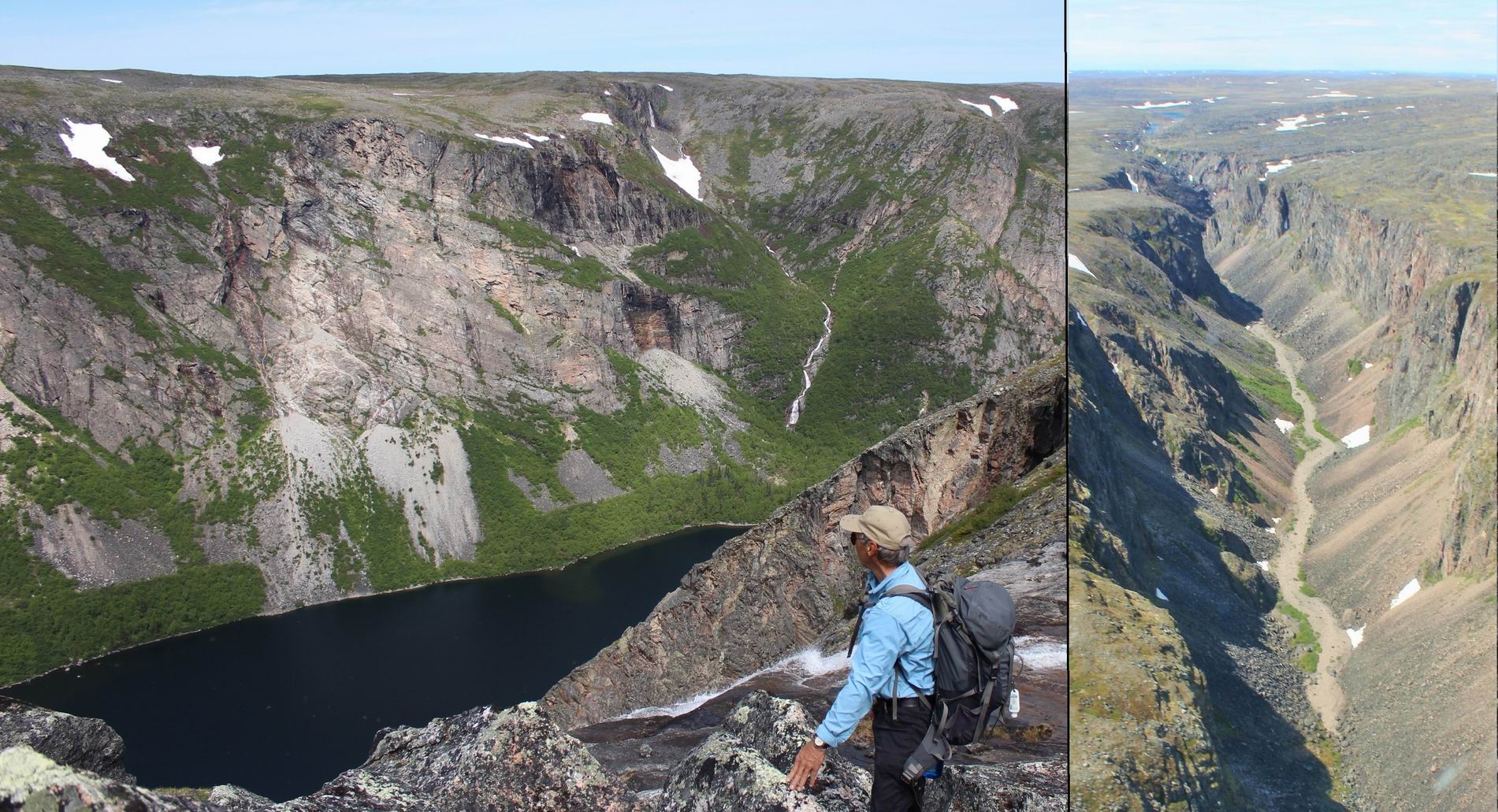 Written by Alain Lagacé Explore the canyons near Torngat Park in Labrador. Canyons are amazingly shaped natural gems and are the number one (1) choice for adventurous travelers. Hidden Canyon is a fine example of a "box canyon" dead end canyon in the Torngat Mountains. At first glance the entrance of the canyon seems impenetrable … Continued